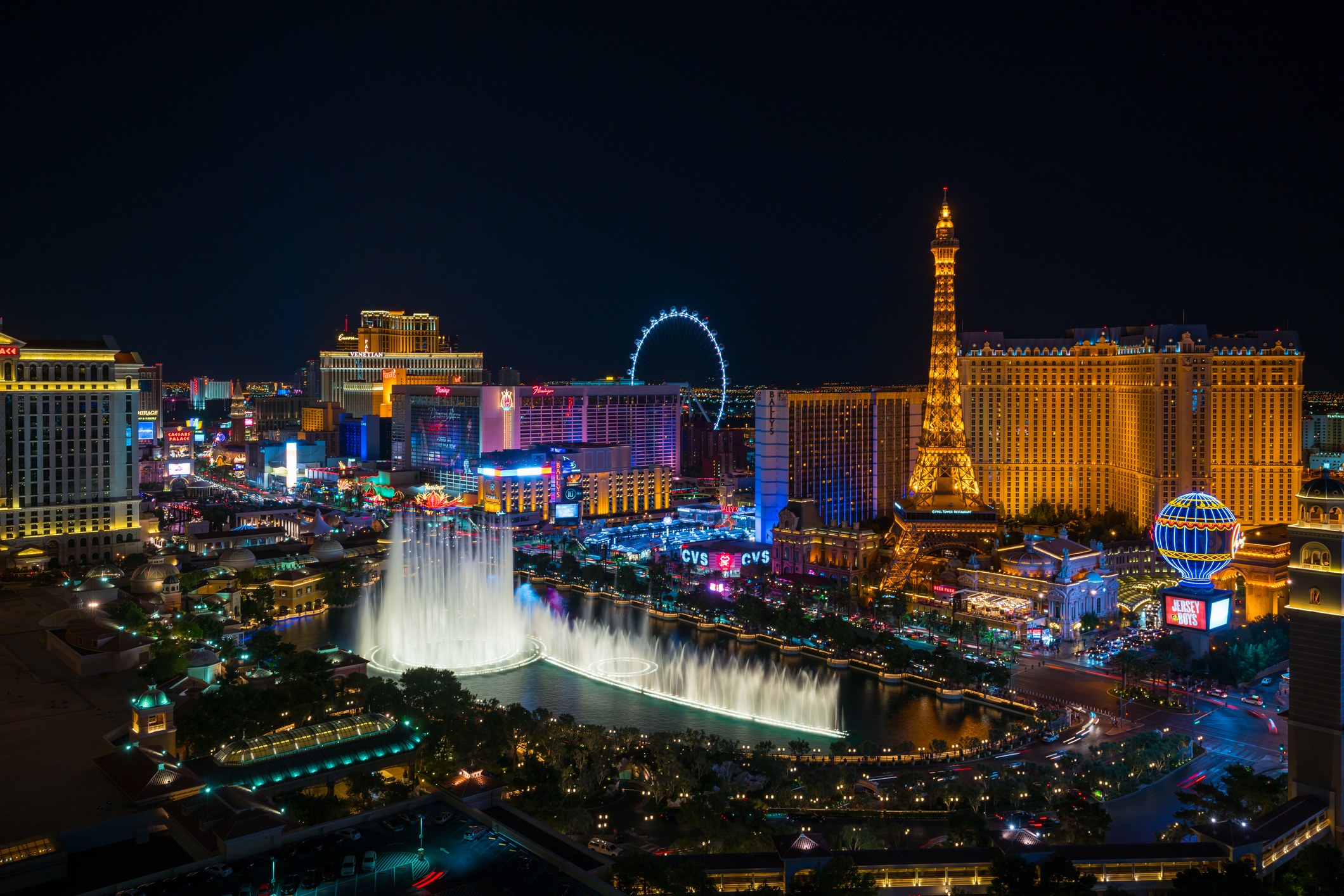 Amanda Spaulding, program implementation process advisor, took three vacations in a very short period of time.
I had a whirlwind six weeks of on/off travel, although it was personal travel and I looked forward to each of these trips, I was exhausted, and my house was a disaster by the end. My adventures started in Las Vegas with two girlfriends, Jan and Lisa. Jan had never previously visited Vegas while Lisa and I were familiar with all the insanity the strip has to offer, so we felt the need to show Jan as much as we could pack into 3.5 days. The first day started with a delicious brunch at Pantry inside The Mirage; their chicken and waffles are absolutely the best I have ever had. After carb loading, we spent the afternoon walking around the strip, with a stop in the late afternoon at Peppermill, a gem of a lounge if you are into the old neon and velvet feel of Vegas. We ended our evening doing what most middle-aged women in Vegas do, watching a show. Unfortunately, Lisa came down with the flu the following day and was bedridden with a fever for the following day and a half. Jan and I entertained ourselves by seeing a brunch drag show with friends that were in town for a conference and going up in the High Roller, which was a first for me. Although I eventually caught the flu, I was thankful I was headed home to recover. Next up was New York City for my birthday weekend! This was a last-minute short weekend trip with my best friend. Schedules aligned and we were able to meet up. My primary mission was to see The Waitress on Broadway while Joey McIntyre was performing in it. Thankfully my mission was a success, the entire cast was amazing, the performance was better than I had imagined, and I ended up with two selfies with my favorite New Kid on the Block. Somewhere along the way my friend and I visited the financial district, went to the 9/11 memorial, stopped by Little Italy for some desserts at Ferrara Bakery & Café, and took in all the lights of Times Square.  I also snuck in a few drinks with a friend that lives in the city. It was a pretty special birthday weekend.

I ended the adventures with sunshine and some relaxation.  A group of 8 of us traveled (by passenger van — my legs are still cramped) to Tampa for the Women’s Final Four.  We rented an Airbnb that was 10 minutes from downtown, and thankfully it was better than described online.  We had an outdoor entertainment area, pool, and hot tub at our disposal. We spent the days lounging by the pool and the afternoons and evenings at the Notre Dame pep rally and games. We were excited for ND to go to the Championship game, our seats were six rows behind the basket, we were on the jumbotron more than once and we were surrounded by other ND fans. Unfortunately, we didn’t win … but it was a great game and we are already planning to go to New Orleans next year.