The Adventure Team Gets Engaged in Saugatuck, Michigan 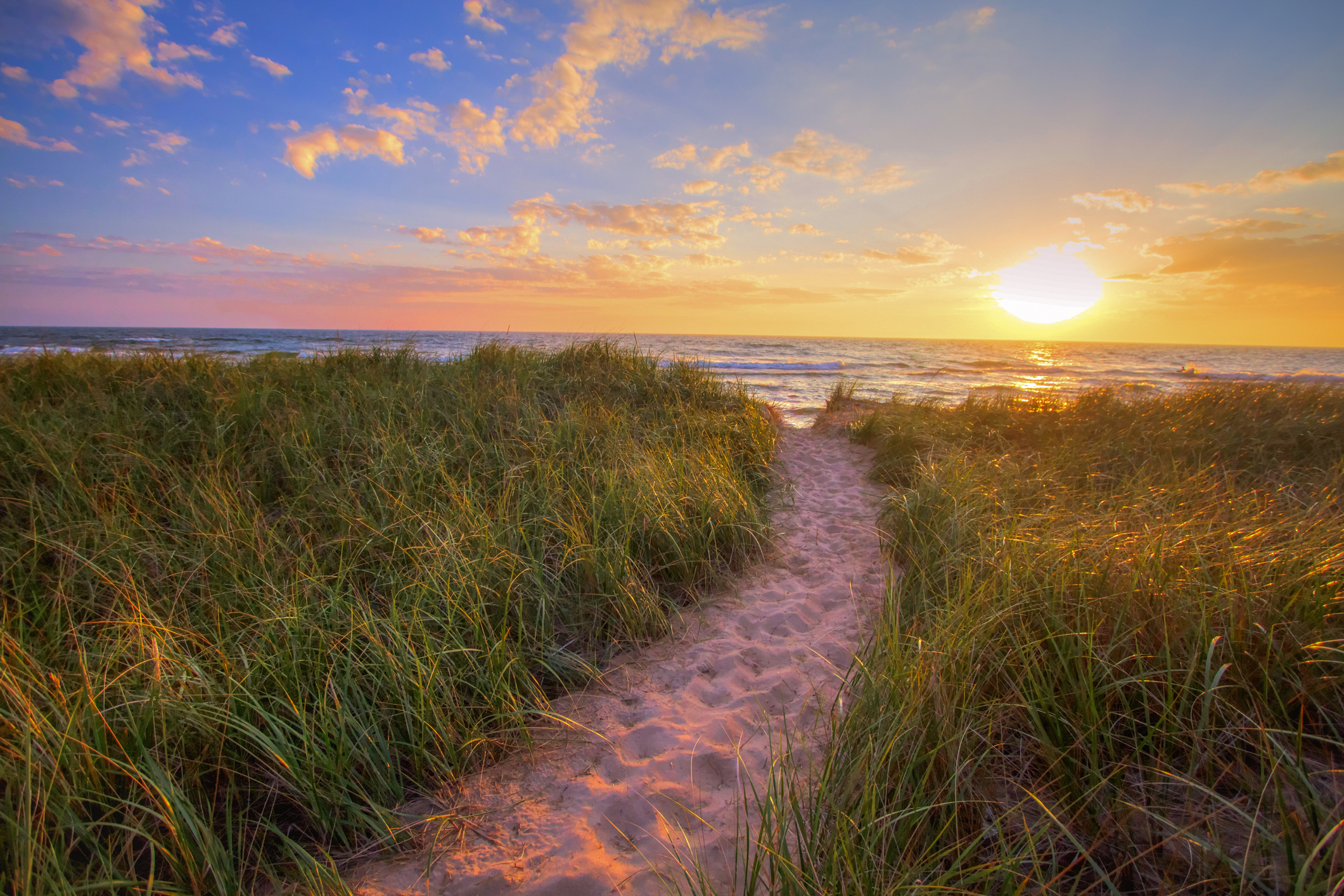 Michigan is as delightful a destination as its whimsical glove shape implies.

There are a variety of activities for any kind of vacationer: beach bums, wine fans, LGBTQ travelers, and anyone else who loves traveling to somewhere filled with fun!

In the early fall, my boyfriend, Michael, and I made our way up to the southwest coast of Michigan, which is filled with charming little beach towns. We decided to make the most of our trip and hit up as many of them as we could. We focused on Saugatuck and Holland, but when we ran out of things to do, went inland to Grand Rapids. 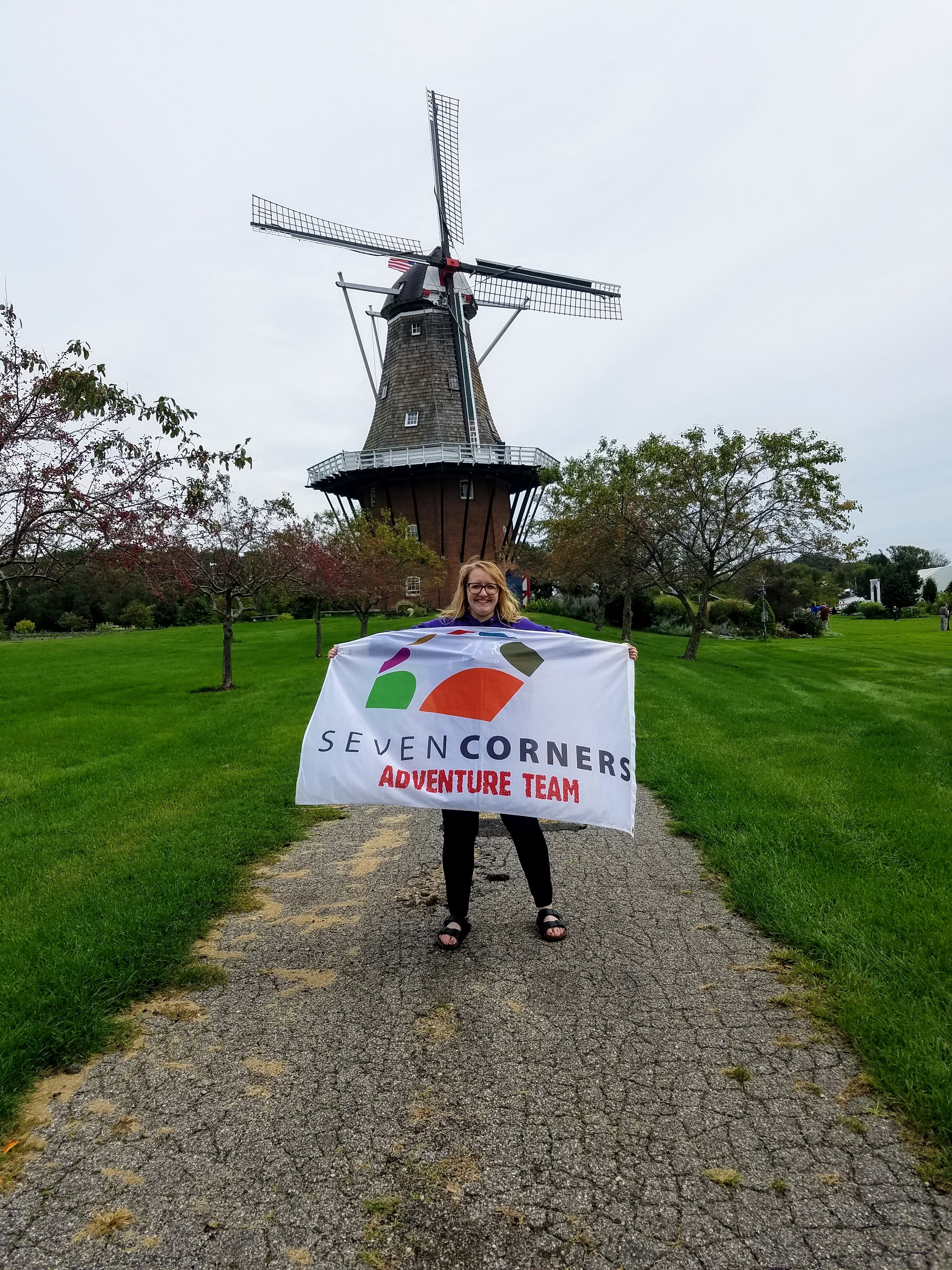 As you may have noticed from the title, this wasn’t a regular vacation (though I didn’t know it at the time.) I’ll get back to that.

On our first day, we explored downtown Holland. The streets are filled with adorable local shops and restaurants. We ate at the New Holland Brewery restaurant, and it was delicious! The food was amazing. There were a ton of beers on tap, and they had plenty of mixed drinks for those don’t or can’t drink beer (like me.)

We started out the second day of our trip exploring De Zwaan (swan in Dutch) — the only authentic Dutch working windmill in the United States. And it’s managed by the only Dutch-certified miller outside of the Netherlands, Alisa Crawford!  A working windmill is one that actually mills its own flour and it’s available to be purchased onsite. De Zwaan was originally built in the late 1800s and made its way to Holland, Michigan in the 1960s. It’s located in the gorgeous Windmill Island Gardens. This was a definite must-visit.

Later in the afternoon, Michael suggested going to the Saugatuck Dunes State Park. We took the secluded beach path, which leads to Lake Michigan. Because it was September, the busy season was over and we didn’t have to deal with crowds of people. It was perfect. While we were walking along the beach, away from the crowds, Michael surprised me by proposing! I, of course, accepted (this would be an entirely different article if I didn’t) and we spent the rest of the day sharing the news with everyone. If you’re looking for a good spot to propose, this one is pretty amazing. Though, I admit, I’m a bit biased now. We also made our way to Oval Beach, which is rated as one of the top 25 beaches in the world by Conde Nast Traveler. Personally, I wasn’t blown away, but it was quiet and clean. We watched the sunset on the beach and tried not to freeze to death from the wind or get attacked by seagulls.

On our last day, we ran out of things to do in Saugatuck, so we drove inland to Grand Rapids for the day. We tried out Long Road Distillery, which has tasty mixed drinks, and, in the afternoon, we ate at Founders. I don’t think I’ve ever seen Michael as happy as he was when we walked into one of his favorite breweries.

Michigan is an amazing, affordable, often-overlooked vacation destination. You’ll probably find me there next fall too — when I’m not planning my wedding.

Kelsey Tharp is a content marketing specialist with Seven Corners. In her free time, she enjoys reading, writing, spending time with friends, and daydreaming about her next vacation. At home, she’s surrounded by her dog and three cats pretty much at all times.