The Adventure Team Gets Spooky! 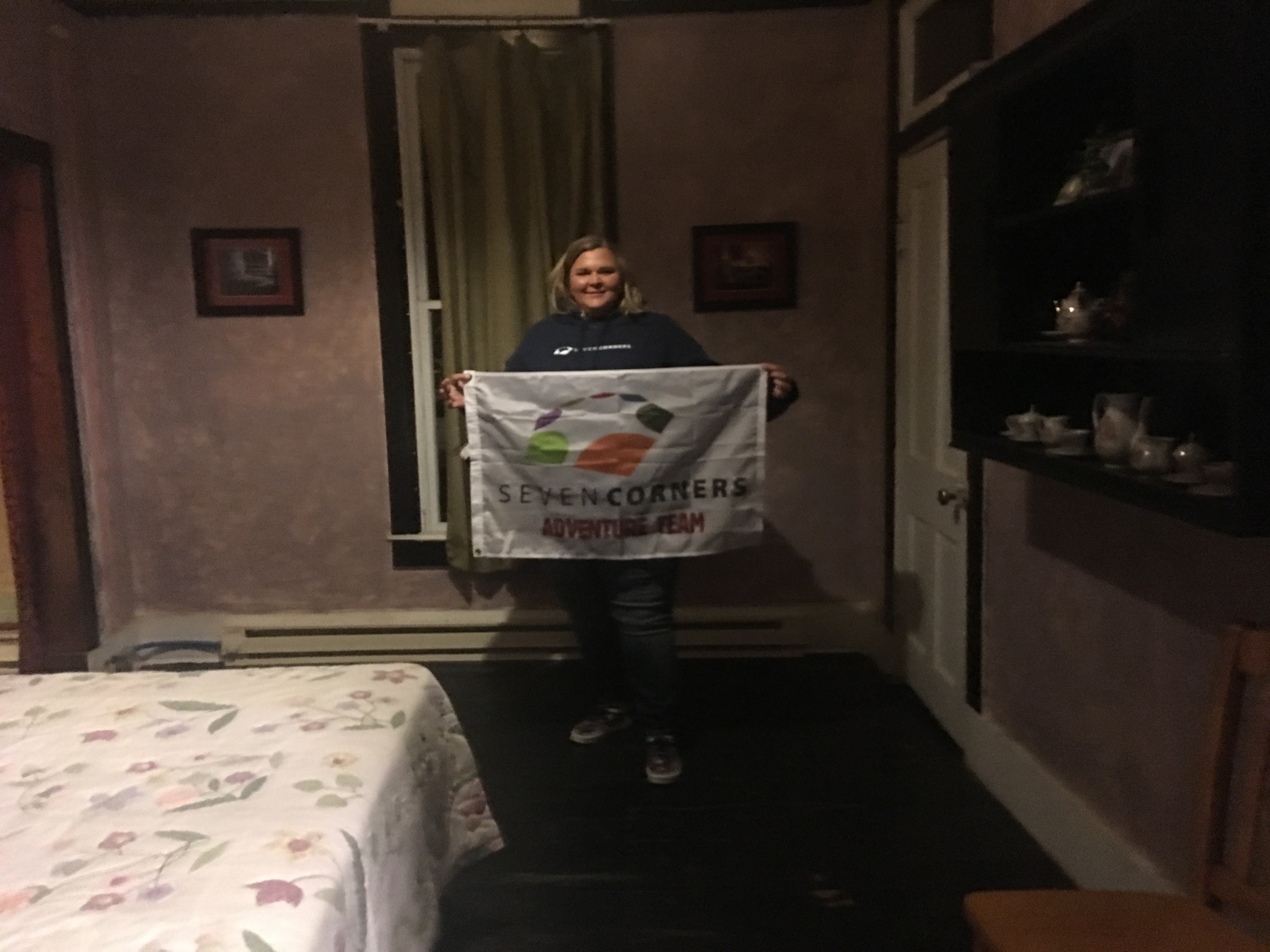 Generally, when I think of adventures, I think of those that involve airports and passports. This weekend I embarked on an adventure closer to home. Saturday evening, I boarded “The Ghost Express,” hosted by the Nickel Plate Express and Roads Hotel in Atlanta, IN. We traveled on the train from Atlanta to Noblesville as the sun was setting. The view was beautiful, until we ruined it by deciding it was the perfect setting for a horror story involving cornfields and unsuspecting passengers on a ‘Ghost Train.’

When we arrived in Noblesville our tour guide told a story about an 1855 ghost sighting near present day 191st street. The property at the time was owned by Martin Garrison, and he reported seeing ‘three shadowy figures’ in an old abandoned cabin in the woods. Nearby neighbors also said they saw these figures when they visited the cabin. As the sun set over the wooded area and we returned to the train station, we were left with the lingering thoughts of haunted lands.

Upon returning, we disembarked and headed to the nearby Roads Hotel. Although I have lived in the area for 20 years, I was unaware there was a well-known haunted building within 30 minutes of my house. The Hotel, currently owned by the Lost Limbs Foundation, was originally purchased by Newton Roads; he lived there with his wife Cara and children Hazel and Everett. The hotel was used as a layover stop for those traveling via railroad due to its close proximity to the train station. It was later converted into different types of illegal establishments, including a speakeasy during Prohibition.

We took a tour of the home and were then allowed to do a ghost hunt, which included using different types of devices like the Kinect SLS Camera, EVP (electronic voice phenomenon), and dowsing rods.  I spent the majority of my time sitting in Everett’s room, rather than ghost hunting. I will admit a few spooky things did happen, but nothing that made me fear for my safety or sanity. After wrapping up the ghost hunt we headed home, with plans to visit the Roads Hotel again, doing an even more private tour.