Visit These Terrifying Haunted U.S. Destinations ... If You Dare It is officially that time of year: The leaves are changing colors, pumpkin spice lattes are back, and blanket scarves (and all things cozy) are here.

Most importantly, Halloween is upon us. This means you’ve been working on your Halloween costume ideas, breaking out the Ouija board, watching your favorite horror films, and immersing yourself in all kinds of spooky stories and activities.

If you’re living here in the U.S., you may not need to go much further than a few miles to seek out spirits and haunted locations. Here’s a list of some of the states’ scariest locales, some of which I’ve had the fortune (or misfortune, depending on your perspective) to visit. While I’ve never made the trip to Estes Park, Colorado to see the Stanley Hotel, my sister’s affinity for all things Stanley Kubrick makes this haunted hotel feels very familiar to me. If you’ve seen The Shining, you might feel the same way! That’s right, this hotel in Colorado inspired the horror classic. It’s been said that the spirits of former owners F.O. and Flora Stanley haunt the halls— some have even caught them on camera. The hotel hosts daytime tours as well as a bone-chilling night spirit tour. About an hour south of Boston rests the former home of the infamous Lizzie Borden. Yes, that Lizzie Borden. If you’ve ever experienced the macabre New England sense of humor, chances are you know her from a dark little children’s rhyme:

And gave her mother forty whacks.

When she saw what she had done,

She gave her father forty-one."

Sorry, kids, this story is all too real. In 1892, Andrew and Abby Borden were found murdered in their home, by way of axe wounds. Their youngest daughter, Lizzie, was the prime suspect. The house has been converted into both a museum and bed and breakfast. Gruesome photos of the crime scene are on display, and, if you can brave it, you can spend the night in one of its allegedly haunted rooms. I’ve stepped foot into the bed and breakfast for the daytime tour, and that was more than enough for me to get freaked out. Friends of mine have braved staying the night, and many have reported paranormal activity. This haunted home in Long Island has been the subject of a series of films as well as a book. You’ve likely heard of the haunted tales from this home at 112 Ocean Avenue. In 1975, the Lutz family experienced abnormal happenings after moving into the home where Butch DeFeo previously murdered his family years before. The Lutzes family claimed to hear gun shots, slimy substances appearing from the walls, unexplainable noises, and creepy music. While you can’t visit inside the home in question since it is now privately owned, I have driven by and you can certainly sense something… eerie.

University of Vermont in Burlington, Vermont Looking for a paranormal university experience? You may want to consider the University of Vermont. This university in northern New England has 14 haunted buildings on campus, including dorms. Converse Hall provided a particularly frightening student experience. Other UVM students reported hearing strange pounding noises, seeing a woman in a long dress, and inexplicable loss of property. Having ties to Vermont and attending high school in that region, I don’t know if I would chalk that last one up to ghosts ... but you never know! 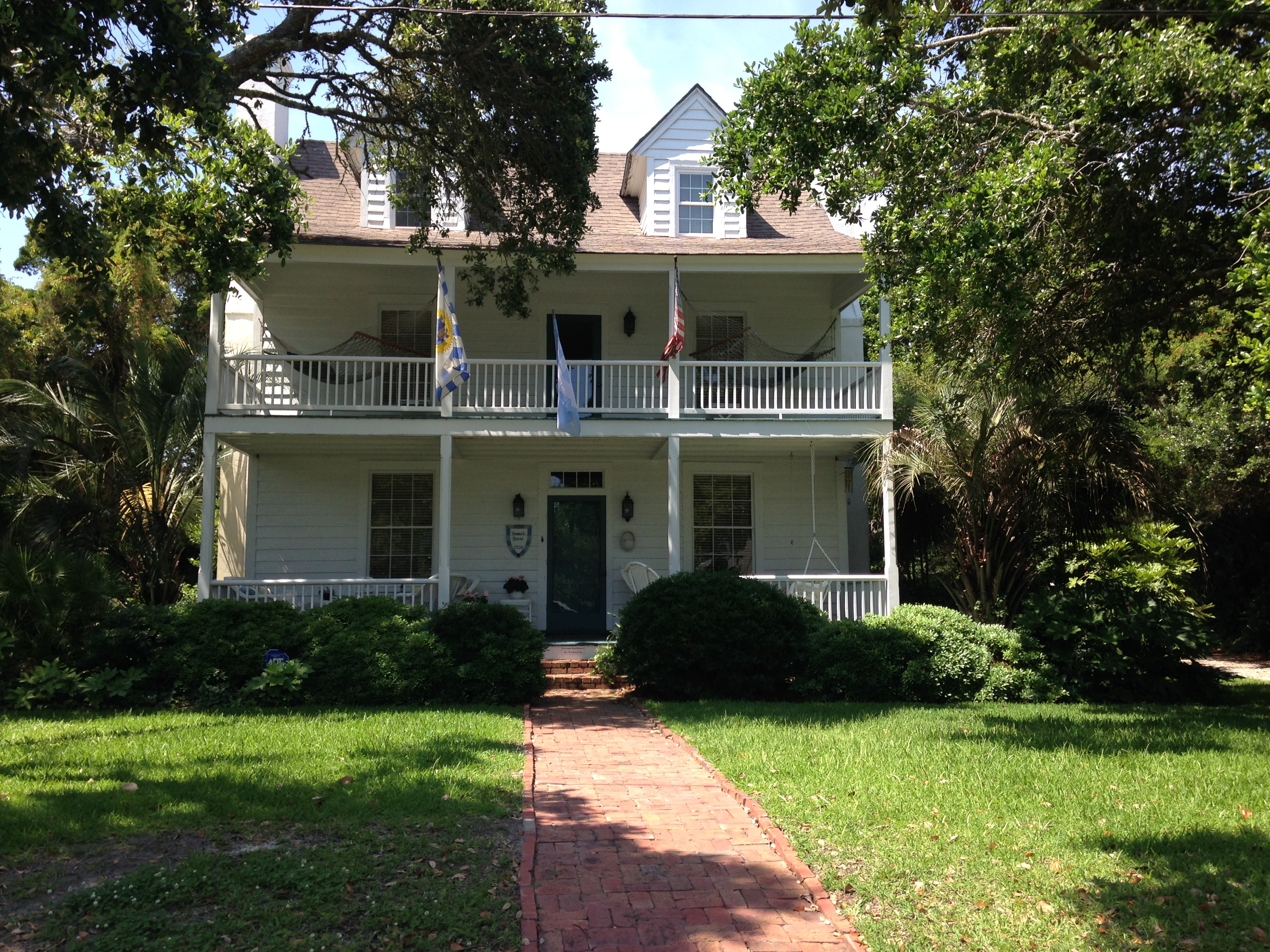 The Hammock House is the oldest home in Beaufort and has over 300 years of history, including being the homestead for the infamous pirate Blackbeard. There are many legends connected with the house. Some believe it to be haunted. The story goes that Blackbeard lived here with an 18-year-old French common-law wife who was not a willing resident of the Hammock House. Blackbeard got so incensed with her that he hanged her on an oak tree in the back yard before he left. Some say her screams can still be heard at certain times. While I didn’t hear any paranormal screams, I let out a few myself. It could've possibly been due to the effusive storytelling on the ghost tour, but I'm convinced it was the paranormal vibes. You’ll have to visit this historic town to decide for yourself.

Melanie Danko is a former Seven Corners team member. She is curious about exploring the world and has a passion for writing and hearing other peoples’ stories. In her free time, you can find her spending time with friends and family (including her mutt, Drake … yes, named after the singer)