All About Expatriates Around The World 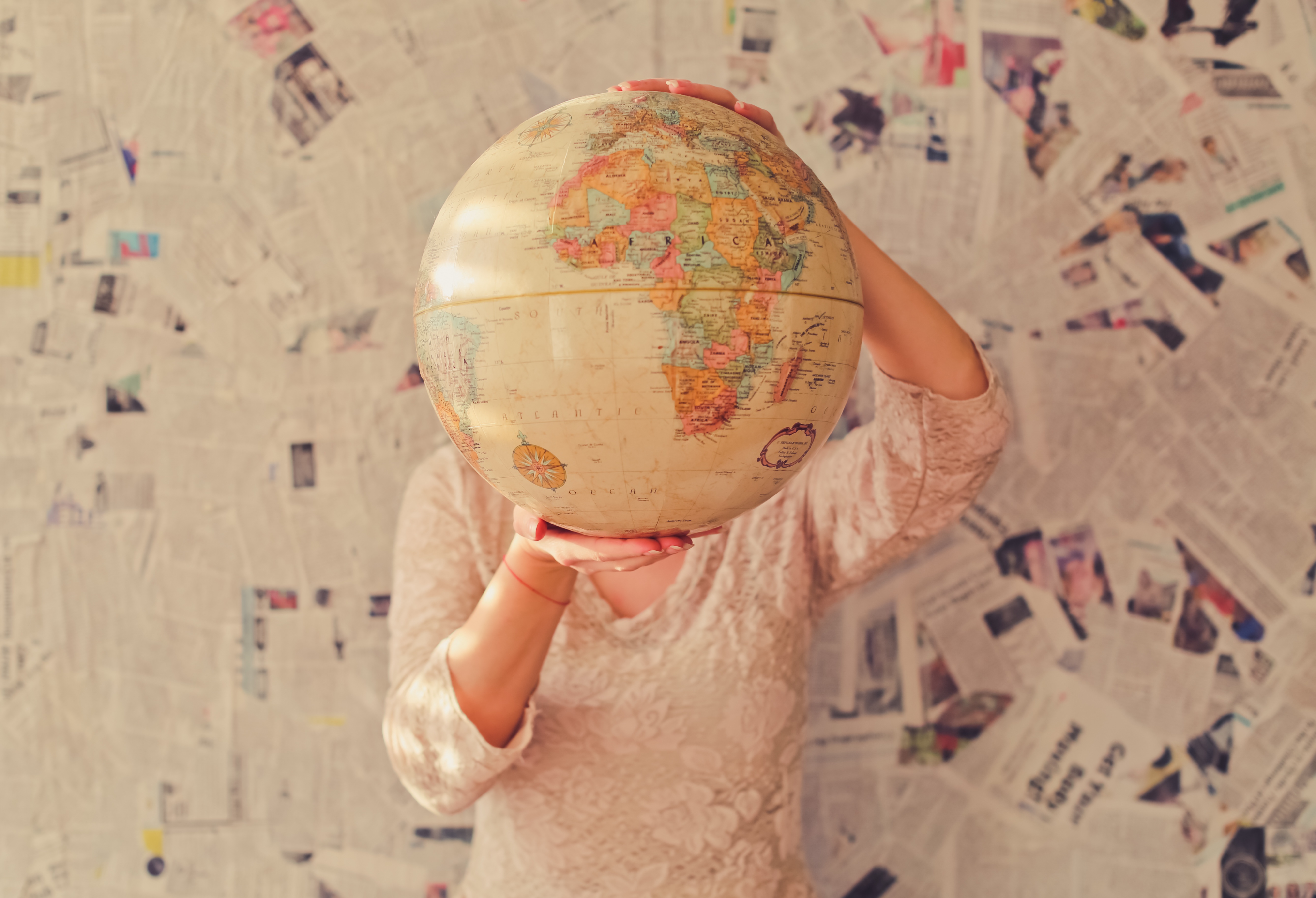 While there are no reliable figures of how many American citizens live outside of the U.S., the U.S. State Department estimates that between 3-8 million non-military U.S. citizens are expatriates.

There are many reasons why so many have made their home outside of the United States. Some are abroad for love, others beaches, surfing, love of language, and this list goes on and on.

While the term expatriate can encompass any reason under the sun, to insurance companies not all expatriates are created equal.

In this article, we will define the degrees of expatriation that exist and the travel health insurance questions you should ask to make sure you get the coverage you require. If you're a non-U.S. citizen traveling into the U.S., Seven Corners has options for you too.

We'll conclude with a list of 10 countries that are favorites among Americans living abroad.

What Type of Expatriate Are You?

There are many different degrees of expatriation. Some people simply take a year off of life and either travel the world or live in another country. If this sounds like you, Liaison Majestic is a great bet. You can get a policy that lasts up to 364 days and is renewable up to 3 years. This is the policy I use since I'm always bouncing in and out of the U.S. (I come back at least once a year to see if Santa brought me anything awesome.)

Others have more permanent expat lives. We've all bumped into people on the road who make a point of saying, "I'm never going back!" For them, Reside Prime is for expats and families looking for comprehensive medical coverage. In researching Reside Prime for this article, I realized that I should consider a switch to Reside Prime as it will cover me on my visits back to the U.S.! (And Christmas is a dangerous time of year at Casa Armstrong.)

If you are a foreign expat coming to the U.S. to immigrate, study, travel, or for business, there are Seven Corners  insurance options tailored to your needs.

Expat Havens Around The Globe

One of the reasons I can afford to live in the U.S. for part of the year is because I live outside of the U.S. the rest of the year. For location independent professionals, we earn relatively the same no matter where we live. So it makes a big difference living where a meal costs $2 as opposed to $20.

The best resource I have found for comparing cost-of-living around the world is Expatistan, an online cost of living comparison tool that is great for answering that lingering question, “Where should I go?”

Below are ten countries that have enough expat gravity to have enticed many international wanderers to stay put awhile.

To create this list, we had to count the uncountable. As MigrationPolicy.org explains, “The U.S. government does not formally track how many Americans leave the United States, whether temporarily or permanently, meaning that one has to rely on estimates to get a sense of how many U.S. citizens live overseas.”

But one thing we can count that will give insight into which countries United States citizens have settled is by counting babies. Based on the 2010 U.S. census, we can look at where foreign born babies are popping up.

Babies born to U.S. citizens abroad are naturalized as U.S. citizens and this is something that is tracked and quantifiable. Where there are people setting up lives outside of the U.S., there are babies. So let's take a look at what that data tells us.

Although there is limited data on expatriates, Mexico is the clear leader as the place most expats are going. There is a lot of talk of Mexicans in the U.S., but there are over 1 million U.S. citizens living in Mexico. 29% of the U.S. foreign born population made their world debut in Mexico.

Since it is seamless to get there (many stay for years on tourist visas which they renew by leaving every six months), has a comfortable climate, comfortable cost of living, and is our national neighbor, it’s not difficult to see why Mexico wins the expat cake.

2. Many U.S Expats Live in China

Coming in at number two, is China. 110,000 American citizens live in China, and 5% of all foreign born U.S. citizens were delivered by Chinese doctors. This number accounts for those who have the Chinese equivalent of a green card. By counting students and those using tourist visas for prolonged stays, this figure would increase.

3-4. India and The Philippines

Both boasting 4% figures when it comes to foreign-born U.S. citizens, 1.8 million Americans were born in each of these countries.

There are several reasons for this. America's military presence in the Philippines leads to many citizens being born there. This will only increase as more U.S. Military personnel are set to be deployed to the Philippines across five bases.

The Philippines is also a current favorite among budget travelers/expats seeking a beachside haven in a country where English is commonly spoken. In my own network, there are more than a few I know who have relocated or are planning to relocate to the Philippines.

With such a massive population, many Indian Americans have ties to India. And of course, India in its own right draws many spiritual seekers and American business men and women.

Skipping some countries where the foreign born U.S. population is clearly coming from military presence, we come to Guatemala, where 800,000 U.S. citizens have been born. As my own “country away from home,” it is not hard to see Guatemala's draw for expats. Despite the strikes it gets for lawlessness, it makes up for that with stunning geography, rich culture, and an established expat community that dates back decades.

While it doesn't show up as significant on the data we are using to amass this list, everyone who's had their ear to the international ground has been hearing that Berlin is the place to be.

For hipsters, musicians, travelers, and artists, Berlin has risen on the international scene as a place where people are dining on Hemingway’s moveable feast.

Berlin is now in its second wave of international gentrification. The cheap-cheap rents that attracted people in the first place have begun to creep up. The upshot to that is rent is still pretty cheap, and now there is an established international scene. This makes it a hot destination for anyone looking for a happening big city life outside of their homeland.

In the expat community, as in the backpacking community, Thailand is the stuff of legend. The cheap prices, beautiful beaches, and big city galore of Bangkok have made it a place that's been attractive to all strata of international relocaters. They say that what happens in Bangkok stays in Bangkok — and in many “how I ended up here” stories, it's the person who happens to be visiting there who stays.

You know how you hear people saying that if things don't work out the way they politically hope then they are moving to Canada?

Well, whether they did it for this or for some other reason, it is been estimated that between 800,000 and 2 million Americans are full or part-time residents of Canada.

Do these people like the very cold? Do they feel safer having police on horseback? Are they looking for free healthcare? We can't be sure. But my experience with Canadians is that their reputation as being warm and friendly is well warranted. They are like Americans, but a little bit softer. I like to think of it this way, if Americans are Budweiser, then Canadians are Bud Lite.

Australia has long been a favorite destination for American students studying abroad. Likely for the same reasons, it is a popular place for Americans to relocate and work — it is warm, populated along its beaches, English speaking, and filled with a people who respond to adversity by saying, "No worries mate!”

I lived in Australia at the beginning of this year and saw first-hand why people are outsourcing their lives there. If the high cost of living doesn't ruin it for you, Expat Info Desk has published a great guide for relocating to Australia.

Each with an estimated 40,000 U.S. citizens living there, Colombia and Ecuador both boast a low cost of living and pristine geography.

Politically these countries more or less get along. Unlike some South American countries where saying you're American tends to sound like an apology, in Colombia and Ecuador, you can be yourself on the beach.