Get Lost More When You Travel 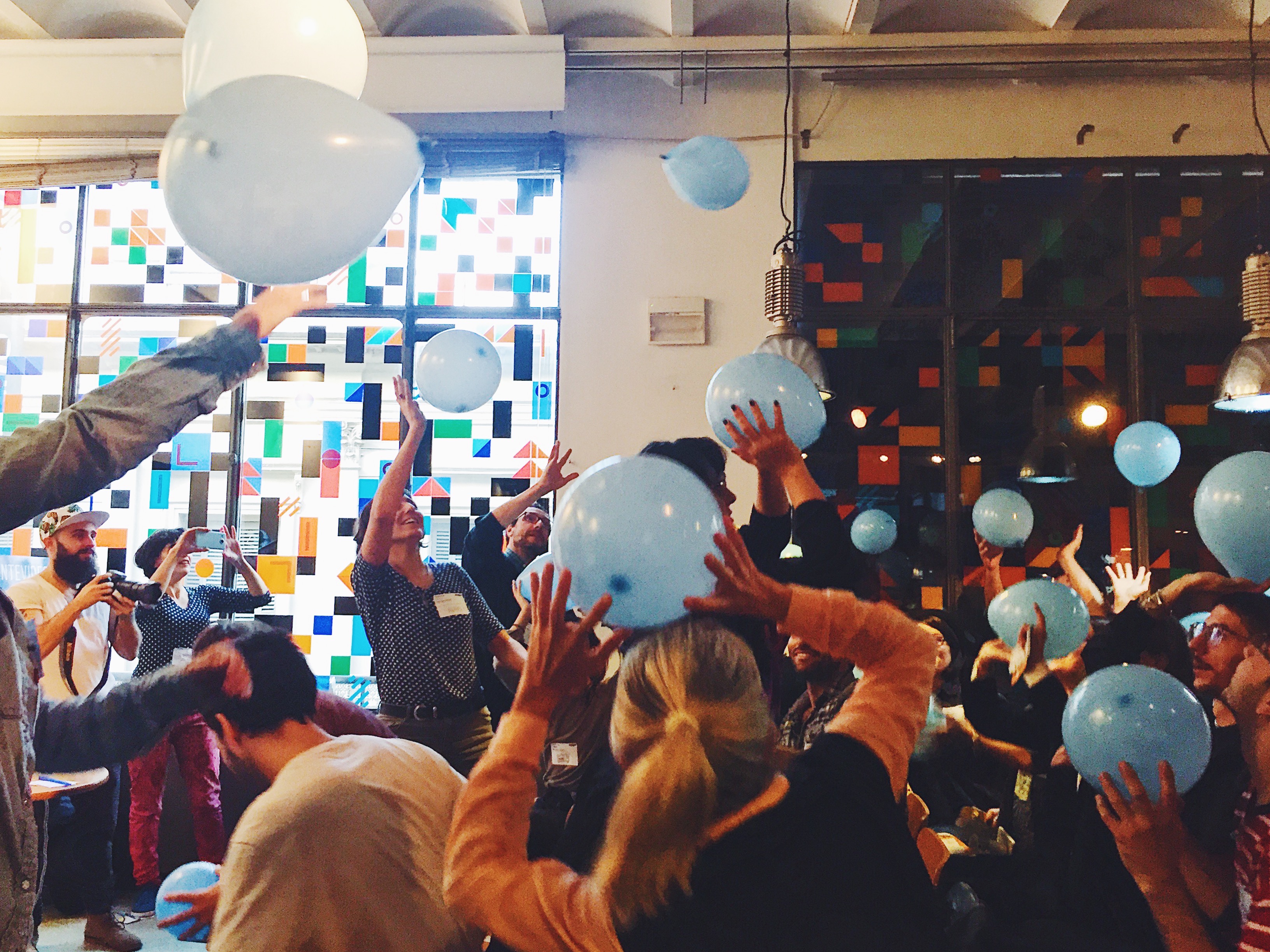 On the count of three, we all slung our balloons into the air and swatted them around. Eighty balloons, into which eighty people had each crumpled a slip of paper with their scribbled email address. The flurry was beautiful — sky blue balloons against painted glass windows, carefree laughter of a bunch of adults marveling at how we got to be having so much fun at 9 a.m. on a Friday.

After tossing them around for a while, we each snagged a balloon, popped it, and uncrumpled the slip of paper inside holding a stranger’s email address. We were given a task: spend one afternoon serendipitously, following an elaborately random slew of instructions (“hop on the first city bus, ride until you see a woman on the street wearing a yellow shirt, get off and turn right, walk four blocks, find someone holding a flower and ask them who it’s for, etc.”). We were then instructed to email the person from our balloon paper, and recount to them the places and people we had happened upon.

Nothing monetary or immediately measurable, but who says that has to mean of lesser value? Our goals were to get out, to encounter the people around us, and to tell the stories.

Let me back up: I was at a CreativeMornings breakfast lecture event in Montevideo. CreativeMornings is a global network of people who meet once a month in their respective cities to drink coffee, talk with each other, and listen to a local somebody talk about something interesting and important. I had first come to know and love the events in Indianapolis, my hometown. So, when I relocated to Montevideo as a Fulbright grantee, I preemptively knew I would find a niche in the chapter there.

And talk about serendipity — the first week I arrived, one of my fellow grantees invited me to dinner with a longtime Uruguayan friend of his. They had met seven years prior, when she was studying abroad at his university in California. He hadn’t seen her since, but they’d kept up via sporadic emails, and he had a hunch we’d hit it off well. So, the three of us went to a local jazz bar, and in our first minutes of small talk I mentioned my involvement in CreativeMornings. “No way!” she exclaimed, “I’m the co-founder of the Montevideo chapter.” Small, small world. There I was having gotten out of my comfort zone, and not one week in I had already found a piece of home.

That’s one of the things I’ve come to love most about living abroad: getting out and getting lost, with no set agenda other than to see what I find. Because in doing so, we encounter other people, tangle bits of ourselves in each other’s stories, and carry them along.

I’ll let you in on a little trick:

Whenever I’m traveling and start to feel isolated (happens to the best of us), the first thing I do is go outside. I go outside and zero in on families, on older couples, on mothers and children, on groups of friends. I zero in on people interacting with the people they hold most dear, and I just watch for a while. I let them remind me that beyond the language, beyond the clothes, beyond the customs and the colors, buried deep and closer than our skin, we are not so different from each other, and there will always be people loving people through thick and thin. I soak in that, and I let it root me in this wayward way of mine.

Because when I look around at the world of late, with its divisiveness, polarity, egos, and presuppositions, I can’t help but think we have lost sight of each other and ourselves. We have burrowed deeper inside behind furrowed brows and witless slander and quivery narratives of fear and otherness. And in losing sight of ourselves and each other, we are losing.

So instead I choose to get out from my comfort zone, to encounter other people, and to step into their stories for a while.

I say yes to things, I smile at people, I try to let people help me, to not take myself too seriously. I vote for dancing and shenanigans and sharing eye contact and a chuckle with strangers on the street. Because I choose to believe our bones are made of the same dust, our fancies tickled by the same absurdities, our spirits sustained by the same nourishment. I choose to believe that we belong to those around us, that there is a wellspring waiting to be learned from each other.

And I will continue to try to live that way, because when the world is spinning out of control, maybe the best we can do is learn to belong in a place we didn’t use to live, to people we didn’t use to have, and to carry those places and people in our hearts as we go. Maybe the best we can do is not necessarily decry tribes and compatriots and families, but broaden our definitions of their embrace. In a world of refugees and violence and fear, we can claw our roots deeper and wider still. In a world of absurd walls and reckless hate, we can love across half-baked constructs and artificial boundaries. We can learn to live outside our comfort zones, to encounter other people, to laugh in our non-native languages. We can learn to belong to each other, and to use our own lives to make life less difficult for everyone else.

The next time you get outside, I hope you get lost, just to see what you find. I hope you get tangled up serendipitously in someone’s story, and that you carry that encounter along with you — I, for one, would love to hear the tale.