Photo Journal: The Flair of the Mexican Fair 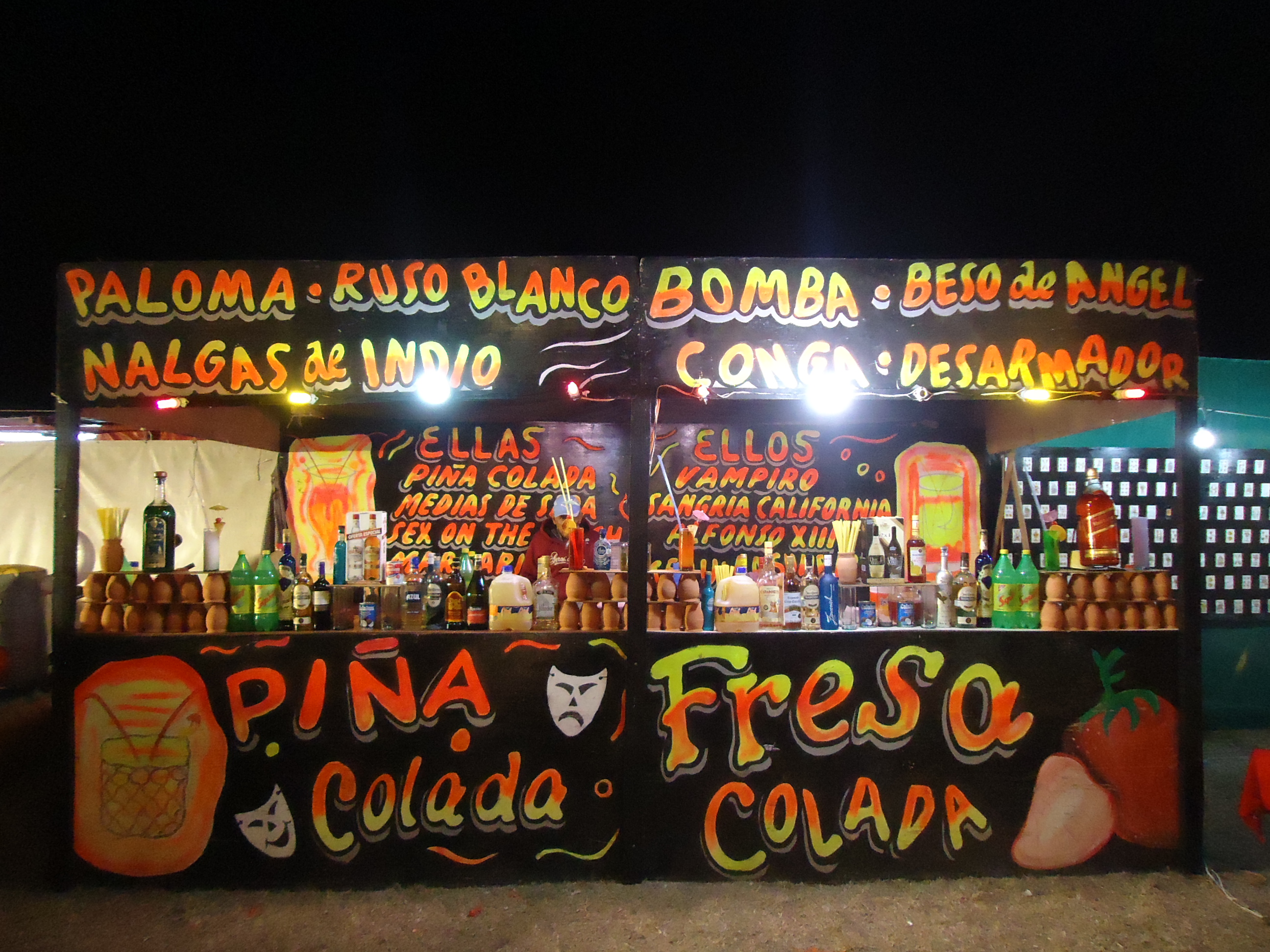 Carnivals and fairs around the world all follow the same rulebook for cheap entertainment: greasy junk food, unsafe ways to spin in circles and games designed to rip you off via freaky carnies. In Mexico, the carnival I experienced in Sayulita exemplifies just that. It is a night of laughs, questionable safety and copious head scratching.

Come along and discover the wonderful world (and logic) behind the traveling Mexican carnival! Vámanos amigos! 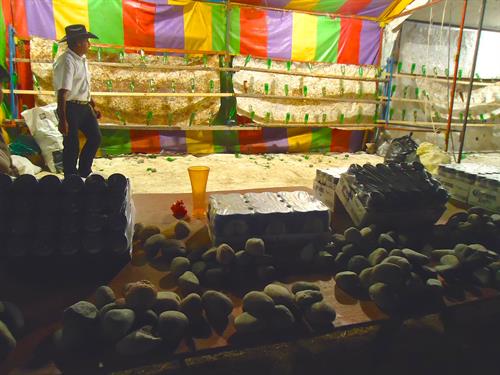 Throw a rock, smash a bottle… win a beer! Pay 25 pesos ($1.50) for three rocks. Hit three for three to win a six-pack! This Mexican carnival game will eat up your entire night (and pesos) so easily that by the end you’ll be convinced it’s a smart invention. 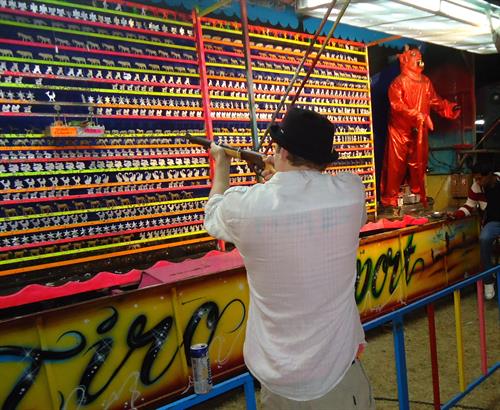 With beer at hand, take a loaded pellet gun to make the mariachi players, banda de músicos or Mexican band marionettes, play a song. Careful though, if you hit the wrong one, el Diablo will snarl at you and spray you with water. Boliche: it means bowling in Spanish, except the only bowling you do in this family favorite involves throwing a very hard wad of tape at the guy behind the board to win a beer. This poor carnie’s job consists of wearing a rubber devil mask and dodging throws while making the most obnoxious and inaudible noises over a loud speaker. [Note: he was rushed to the hospital later in the night after a direct hit … and after a week of infuriating heckling, those staying in the hostels across the grounds felt little pity.] 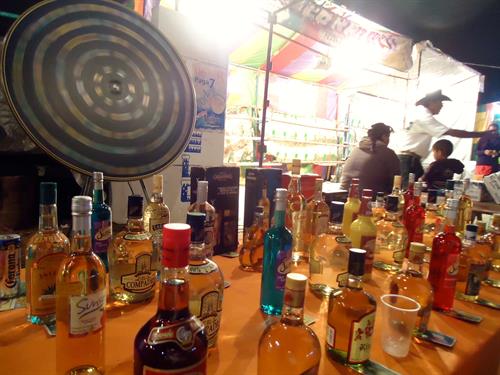 Throw Mexican darts for entire bottles of tequila! After you win a bottle of blanco or reposado, be sure to give it a try and hit up the dizzy pineapple rides! Salud! 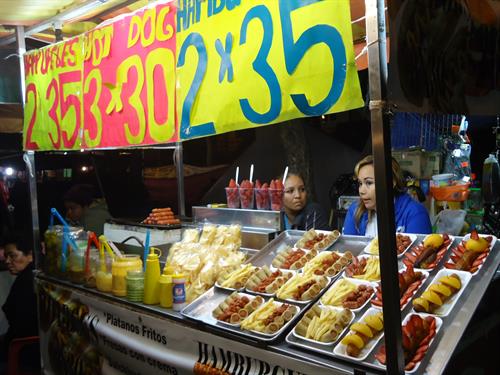 Land a dart on any star to win … a bucket of groceries! Move over stuffed animals, this game could gift you with corn flakes, crackers, dry pasta, toilet paper, instant noodles y mas! No wonder it’s mainly local mothers and backpackers who are keen to win the big grand prize… 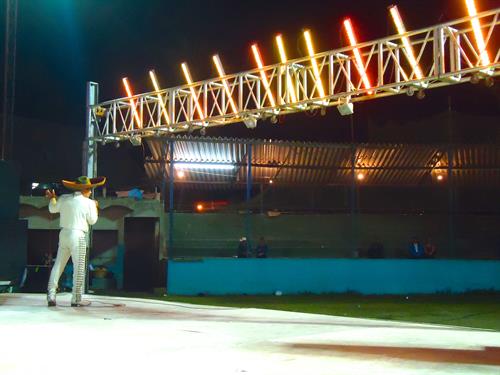 What happens to an aging mariachi singer: you get to travel with the carnival and sing to the empty bleachers of a small baseball diamond. 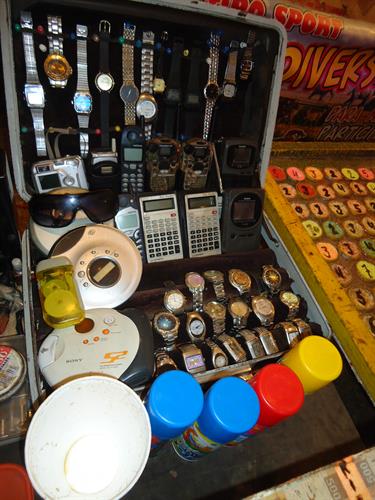 Then there are the games where you  wonder if  anyone can actually make a living from it. Try the one where you take a scrunched piece of paper from the carnie’s hand after he has simply hand-written whether you won or not —  you know no one has won in 20 years when you see the prizes consist of a couple of disc-man’s, the first Nokia cell phone that hit the market, rusty knock off watches and a vintage Casio black and white portable TV.

The Mexican Carnival experience: a rare  exhibition of games and concepts you probably won’t see anywhere else!