Salvador, Brazil: The City Where the Music Never Stops 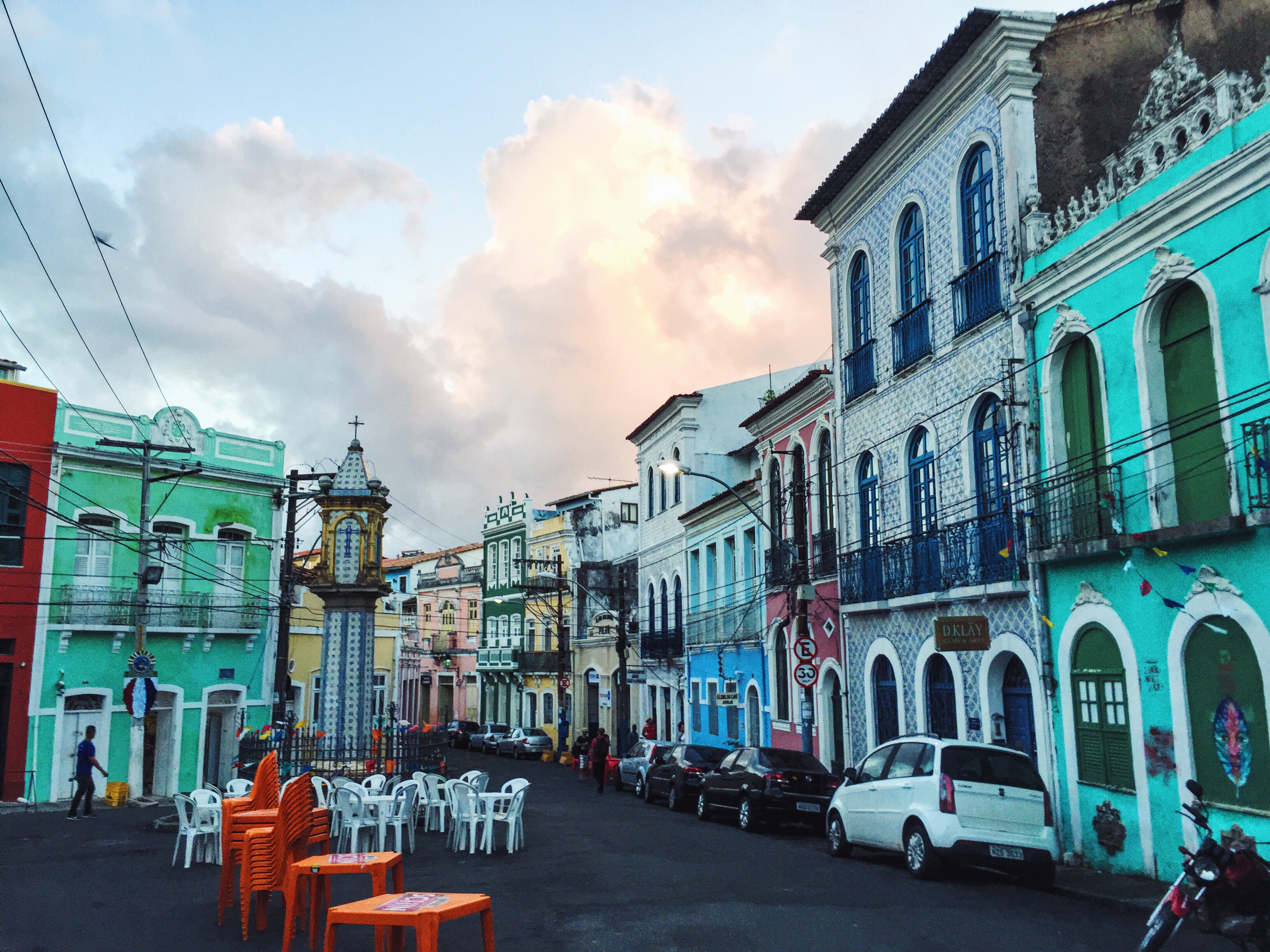 It all started with a foiled travel plan to San Luis, land of ethereal white dune beaches in Northern Brazil (watch and weep).

My friend and I were in Montevideo trying to buy plane tickets for vacation. We were both teaching with Fulbright at the time, and had a luxurious two week winter break. The cold was encroaching on Uruguay, and our only goal was to be tanning on a beach. Yet despite our most persistent intents, a certain GOL airline seemed all but in cahoots against us and we had to abandon the hope of dreamy San Luis.

But then last minute, we found a steal to Salvador.

We had vaguely heard it had nice beaches. So we unceremoniously said sure, let’s go to this random beach town. We booked our tickets on a Thursday, and on the following Wednesday, we headed out. Three flights (MVD → Buenos Aires → São Paulo → Salvador) later, we rolled in at 2am and took an Uber to a small hotel right near the airport that we had found on booking.com.

Let it be known: apparently not all places on booking.com are legit.

Our map led us down the end of a random gravel road to a phenomenally inconspicuous residence – and our Uber driver looked equally dubious at the location. But there were the booking.com and TripAdvisor stickers proudly displayed on the gate, and it was 2am, so we pounded on the door. A groggy man whom we had clearly just woken up let us in, where we were greeted by his wife and two lactating dogs. The couple spoke only Portuguese (understandably so), of which we knew a combined dozen words between the two of us. But they took us upstairs to one of the four bedrooms they apparently rent, gave us the wifi code, and bid us goodnight. We swiftly locked the door, looked at each other, launched into a series of the classic “this is hilarious” but also “are we going to die here” laugh-worrying ruckus that so often punctuates travel, and then we fell promptly asleep.

Much too soon later, we were awoken to our friendly host pounding on the door saying that it was somehow already noon and we had to check out. Simultaneously wanting more sleep but also marveling that we had indeed lasted the night, and certainly not wanting to spend any more time in the laugh-worry vortex, we scrambled our things together and high tailed it on out of there. As we were riding into the city to our new Airbnb, we noticed that this “random little beach town” actually seemed quite large. We asked our Uber driver, and he told us that Salvador is, in fact, the third biggest city – after São Paulo and Rio – in all of Brazil, with no fewer than three million inhabitants. Cool. We soon arrived to our real Airbnb, which was thankfully splendidly superior. We showered, put the weirdness of the past 24 hours behind us, and set off anew.

Sidebar: if travel does anything, it teaches us to laugh generously at ourselves, go graciously, and know that things will probably be okay.

Also that it’s always a good idea to take travel insurance along with you.

Charging full speed ahead: Salvador! Aka, the party that never ends. By the happiest of coincidences, we ended up there on Bahia’s independence day. Cue non-stop celebrations.

Some quick facts: Salvador is the capital of the Brazilian state of Bahia. It was a Portuguese colonial port and operated as a central hub in the African slave trade. The old city center of Pelourinho radiates with colorful, ornate facades, winding pedestrian streets, and lively plazas; it’s been designated a UNESCO World Heritage site.

If nothing else, Salvador is vibrant. In its colors, flavors, and queen of all – the music. Our first day, we went for a stroll around the old city and waltzed right into several groups of street drummers jamming, complete with dancers, conductors, and the kind of reverberations that make your ears pound. Not just any random troubadours – we’re talking large, coordinated, impeccably talented companies.

And don't even get me started on the dancing. In most circles, I can hold my own on a dance floor. Loose hips, quick learning, a few tricks up my sleeve. But these women! The isolated movements, the twerking, the fast feet. As dancing standards go, the bar here was sky high and put us to shame. Delightedly though, because at least we got to pick up a few new moves.

We spent our first two days mostly baffled by the constant level of festivity everywhere. Street music, all the time. No joke, our morning alarm was shouts and drums from outside our window before 9am. How anyone gets any work done in that city remains a marvel to us.

We spent the rest of our two weeks mostly like this:

Not too shabby, indeed.

The beach: We walked daily from our airbnb in Pelourinho down to Barra Beach, Praia da Barra.

While laying on the beach all day every day was a potential (and viable) game plan, Salvador also holds a number of other stunning sights worth a peek: cathedrals, plazas, forts, elevators, and of course, all those winding colonial streets.

Every morning, we walked down to the corner market to pick up a new fruit to try. Including, but not limited to:

On the beach and wandering around elsewhere in the city, we usually nibbled on:

Ps – on the way back, we learned from our mistakes and booked an actual hotel near the airport. Besides being a real, lactating dog-free hotel, it also included breakfast, a workout room, and a shuttle to the airport. Notably, it cost us only about $10 more than our prior lodging (we tried not to think about that). Please, learn from our mistake – it was called Comfort Hotel Confins.