So, You Want to Start Kayaking? 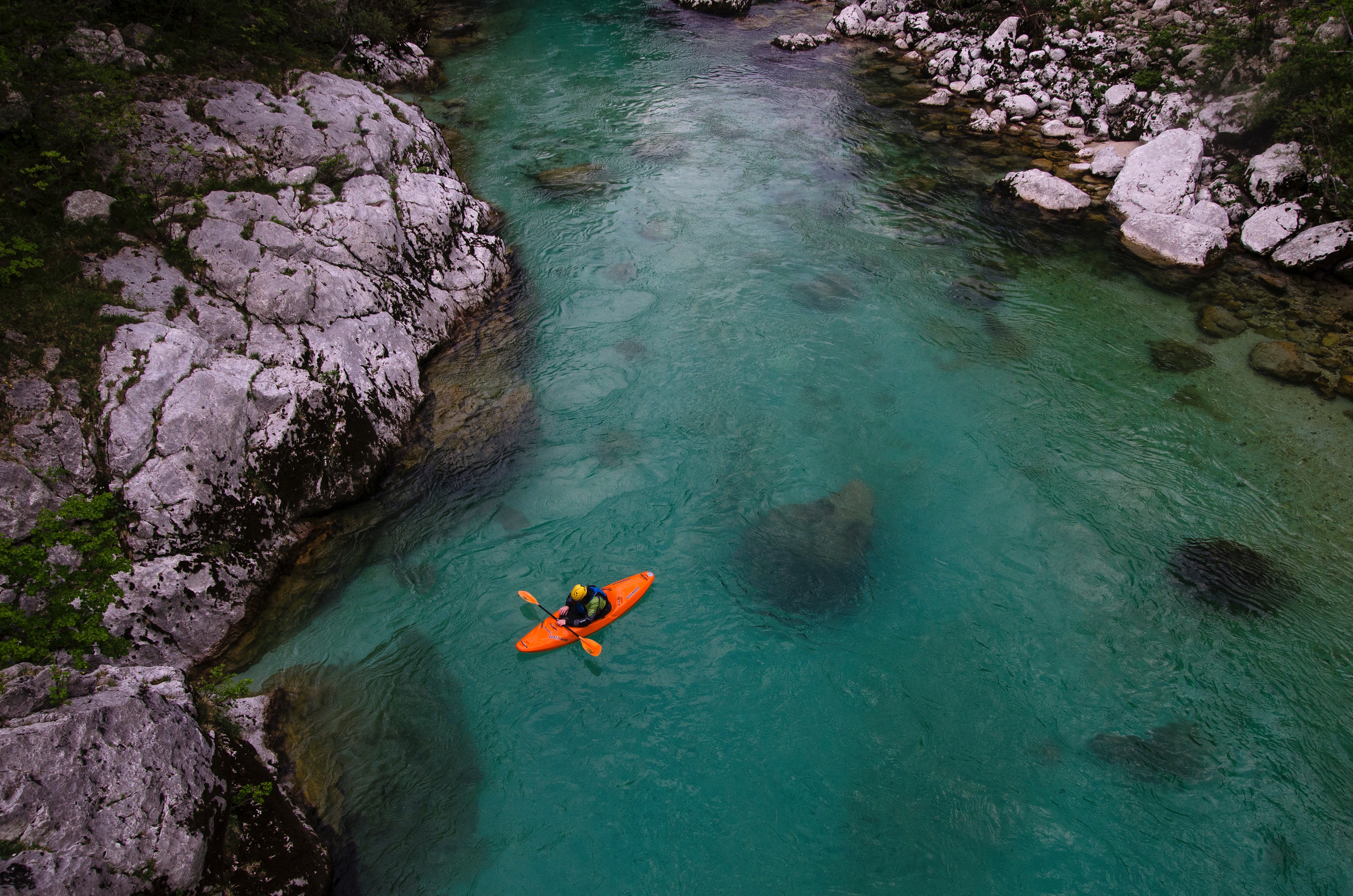 Kayaking has become part of my family's family life. By the time I was a teenager, my parents had 10 kids and enough kayaks for all of us to take a trip down the Missouri River as a family.

On the river, my dad would always comment on how surprised he was that so few people were out enjoying the river as we were.

I am grateful that growing up I had parents who were so keen on outdoor adventures—which sure beat sitting at home and watching TV!

Maybe you read my last Seven Corners' adventure article on a wilderness kayaking trip and feel inspired about getting into kayaking.

Kayaking is a relatively inexpensive pastime that anyone can do. It is a great way to spend quality time in the outdoors with your loved ones. You can spend an afternoon kayaking, or you can plan an entire trip around kayaking — some of my favorite kind of camping is the kind where you kayak to the campsite!

So here are some things to know and consider if you are keen on getting into kayaking.

A lot of people think kayaking is unsafe and dangerous. If you feel this way, you may have been watching too many expert kayakers who prefer to be strapped into their boat and be one with the waterfall as they plunge off it. That is not how most people go kayaking. I prefer an open face kayak, floating in a tranquil stream or river—and I avoid waterfalls at all costs!

2. What to Consider When Buying Your first Kayak

“These days," he says, "kayaks can be bought at most big box stores and sporting good shops. There are also lots of places that rent them before jumping into buying one.”

“Or find someone like me, who would gladly take you out. I can’t count the number of first-timers I have taken out on the Missouri. All of them had a great time and some went on to buy a kayak or two.”

“A good $400 kayak ($700 for a tandem to hold you and a friend) will last for decades. There are even kayaks that self-bail if you want to run them in a little faster water too.”

“You will have fun. Everyone who kayaks does. You don’t run up a lot of registration or maintenance costs. Your kayaks are easy to store in the winter.”

All you need to know is that you must always wear a life jacket and maybe a wet or dry/suit, depending on the water temperature. Stay close to the shoreline and you'll have a great time.  You will not fall into the water, unless you want to. If you do, your life jacket will save you. The kayaks don’t sink, they are made of plastic.

4. Kayaking Can be a Four Season Sport?!

After years of kayaking on the Missouri river and camping on its sandbars during the spring and summer and early fall, an idea popped into my dad's head, “Would it be possible to put a kayak into the river every month of the year?”

And so it began in the fall of 2010, counting back to an April of that year—my dad desires to make an effort at an every-month kayak run. By late November, 2010 he had 8 months straight. Then, came North Dakota’s notorious winter set in and the river iced over. But my dad’s winter kayaking plans hit a stroke of luck—a Christmas thaw opened a channel on the east bank.

He got in at night New Year’s Eve and welcomed midnight with Cuban cigars, a bottle of champagne and fireworks.

He determined he had the latest take-out and earliest put-in and take out by checking off December and January. His hope was for another break in February and March, which happened. Then things got really weird on the Missouri river with a mega-flood year of 2011.

Little did he know then what was coming: The first major flood since the dams were built on the Missouri river in the 1950’s.

So, my dad “Papa Armstrong” paddled through flows as high as 150,000 cubic feet per second (normal is less than 40,000 cfs) that summer. He paddled every month through the mega-flood of 2011 and into November that year. He and his buddy Chris finished with a total of 20 straight months. He believes his record still stands. Do I kayak in the winter? No, absolutely not—I think my dad’s a lunatic—but he’s a lovable lunatic, and he’d be thrilled to learn he inspired someone else to take on kayaking as a winter sport.

Does the thought of paddling all day make your arms sore? Well then you can enlists the winds help.

After years of kayaking the Missouri it occurred to my dad that he should incorporate a sail of some sort. (When he served in the Peace Corps in the Marshall Islands in the 1970’s, outrigger sailing canoes was the main mode of inner-atoll travel).

So he Googled up a few sources on the internet that sold kayak sails and tried a few different ones out.  After trying them all, he best and easiest to use are made out of Hood River, Oregon by a company called Wind Paddle. The work like a pop-up tent and fold in thirds and at less than a couple pounds folded up are easy to store until you paunch for the wind.

With a stout wind of 25 mph plus, these sails will pull a kayak up river against the current. Then all a kayaker has to do is pull in the sail and store it, and float back to their launch point.  That is about as close as you can get to kayak Nirvana… unless you have had the good fortunate to sail on Lake Shoshone in the backcountry wilderness of Yellowstone National Park.

6. Where are the Best Places to Kayak?

If you’re still reading, then I think it’s safe to say that you might be getting your kayak on soon. Yes! Now, where should you go? Well really, any place with water will work. But for the “best” kayaking in the US, the National Forest Foundation lists these as the choice waters for an epic ride:

What insurance products should you consider when going on a camping or Kayak trip?