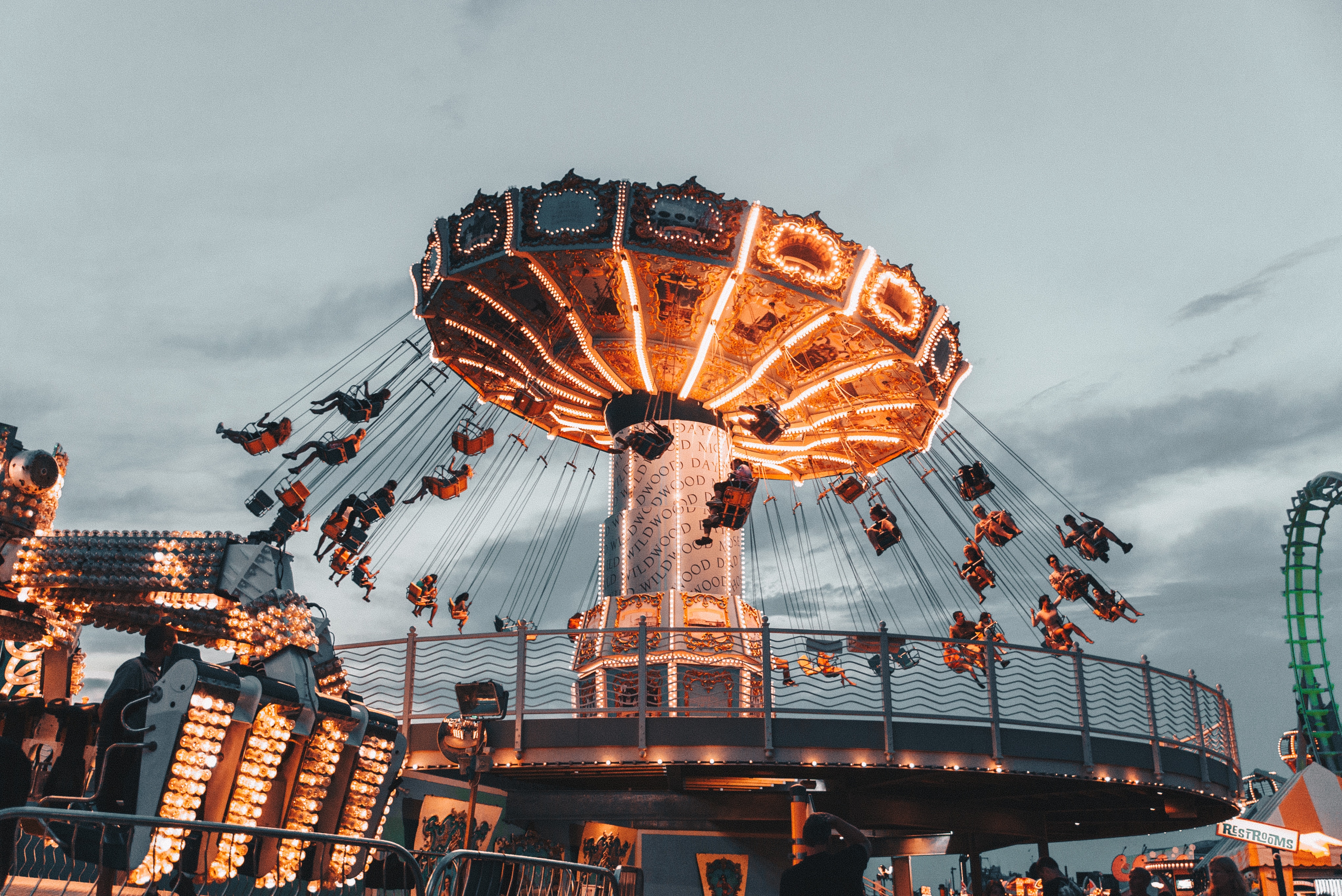 Looking for a way to (pumpkin) spice up your Halloween? These amusement parks organize some of the scariest Halloween activities that will be sure to spook you out of your mind. These aren’t anything like your small town haunted houses, well unless your small town is Amityville...

Looking for a thrill this Halloween? Look no further that Kings Island Halloween Haunt. Experience a scare like none other with the terror-inducing transformation that takes over the park at dusk. Try not to panic while sinister monsters and creatures roam the park and appear from the fog as you make your way to the 10 haunted attractions that include terrifying mazes, blood-curdling scare zones and horrifying live shows.

Cedar Point offers activities that fall across the entire Halloween spectrum – from fun to fright! Enjoy the light-hearted Halloween fun at the Great Pumpkin Fest during the day, but only the boldest of souls should return at night when evil slowly take over the park. Presented by the same hosts as King Island’s Halloween Haunt, there is no shortage of chilling mazes, scare zones and haunted coasters.

Arguably the country’s scariest attractions during Halloween, Six Flags Freight Fest will not disappoint. The typically brightly-colored park is heavily redecorated and completely transformed into an alternate realm scattered with harrowing creatures. Braving the park after dark is a feat in itself, but if you’re up for the challenge, check out one of the seven mazes where ghouls, zombies and beast-like creatures lurk around every corner as you try to escape!

If attractions like Motel Hell and Death Water Bayou don’t send you running for the hills, you might need to stop by Busch Gardens this Halloween. The park hosts seven haunted houses among other petrifying attractions that are bound to satisfy any thrill sought before stepping into this creepy arena!