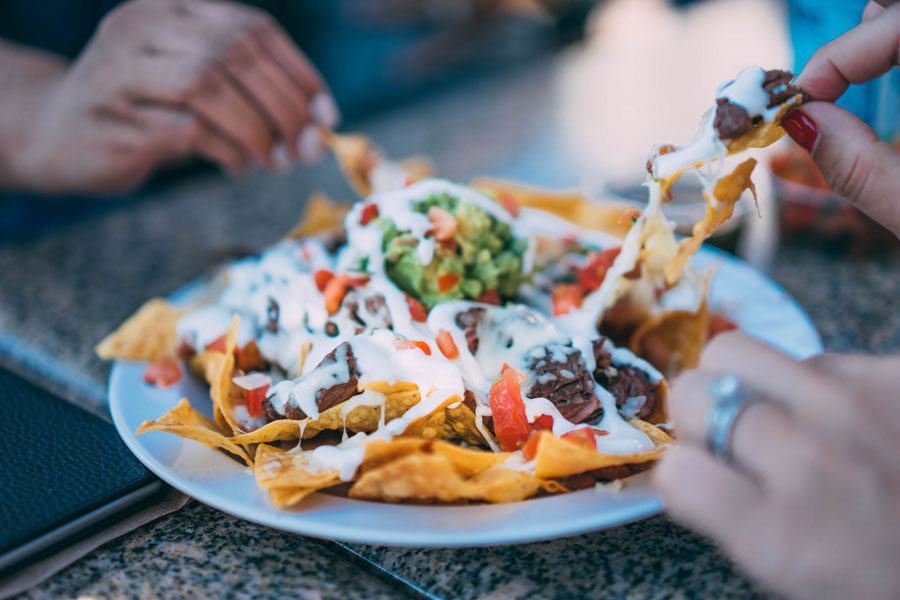 For many Americans, Cinco de Mayo is the perfect way to kick off a summer of fun—and who can blame us? As the weather warms up and restaurant patios become inhabitable once again, there’s nothing nicer than going out for a margarita and basking in the sun. But there’s also more to Cinco de Mayo than guacamole and happy hour specials. It’s important to acknowledge the context behind the tradition.

Contrary to popular belief, Cinco de Mayo is not Mexico’s Independence Day (that’s actually on September 16, if you were wondering). Cinco de Mayo is a day set aside to recognize Mexico’s victory in the Battle of Puebla on May 5, 1862. At the time, France was occupying Mexico as part of a broader effort to expand their empire into Latin America. As the French army worked to seize Mexico City, they met unexpectedly fierce resistance at the city of Puebla. Although there were a mere 2,000 Mexican fighters facing the 6,000-person French army, Mexican forces managed to clinch a victory against what was then one of the world’s most formidable militaries. The victory at the Battle of Puebla did not end the conflict between France and Mexico, but it highlighted the unity and pride that characterized Mexico’s resistance.

Despite Puebla’s impressive victory in 1862, Cinco de Mayo is not widely celebrated throughout Mexico. These days, festivities are normally limited to Puebla and feature a handful of military parades and community events. However, Cinco de Mayo has taken on new meaning in the United States, where it is seen as a broader celebration of Mexican-American culture.

While there’s nothing wrong with ordering Tex-Mex on Cinco de Mayo, why not bring some authenticity to your festivities? Here are a few ways to celebrate without overlooking the holiday’s historic and cultural context.

Like any card-carrying millennial, I’m a big fan of Chipotle. Even the best burrito bowl can’t compete with traditional Mexican tacos. Unlike what you’d normally order at your favorite chain restaurant, classic Mexican tacos are normally quite minimalist. You can choose from a variety of protein types—al pastor (thin pork slices), carne asada (grilled steak), chorizo (ground sausage), camarones (shrimp), and pescado (fish) are just a few of the options. From there, the tacos can be topped with a simple blend of tomato, onion, cilantro, and salsa. No frills, no messy hard shells—just soft corn tortillas packed with savory goodness. Yum!

Of course, there’s far more to Mexican cuisine than tacos. Depending on the region, Mexico is home to an array of sweet and savory dishes sure to delight the most adventurous eaters. Draw inspiration from Veracruz by making a Spicy Seafood Soup or try your hand at Enchiladas Verdes from Puebla. Mix up a mean bowl of guacamole, or if you’re feeling ambitious, try cobbling together a flan for dessert. One of the best ways to get to know a country is through its cuisine, and Mexico is no exception.

2. Support Mexican businesses in your area

If your cooking skills haven’t extended beyond boiling ramen, don’t despair; you can still celebrate Cinco de Mayo by supporting Mexican businesses. Grab some friends and enjoy a dinner out at a family-owned Mexican restaurant. Often, the food at traditional Mexican restaurants is even more authentic than the recipes you can find online. You can also take to Google to search for Mexican-owned businesses near you. By supporting these local entrepreneurs, you’re investing back into your community.

3. Learn a bit of Spanish

There’s a good chance you’ve learned a few Spanish phrases during your K-12 education, so why not brush up on those skills? There are plenty of free foreign language apps like DuoLingo and WordReference to help you practice. If you’d like to learn Spanish in a more immersive way, try searching for a Spanish conversation partner. Community organizations, public libraries, and services like WeSpeke can connect you with native Spanish-speakers in-person and online. Understanding a country’s language is a great way to reinforce cultural understanding. At the very least, your newfound Spanish skills will come in handy when you’re trying to pronounce your favorite Mexican foods from a menu.

This option is by far the easiest and most cost-effective way to add a touch of authenticity to your Cinco de Mayo celebrations. If you’re interested in traditional tunes, Mariachi is the best genre to kick off your musical education. Dating back to the 1700’s, the term “Mariachi” can refer to the type of music, the entire band, or a single musician. The musical style is characterized by powerful vocals backed by a blend of string and brass instrumentals. While the sound is unmistakably Latin American, Mariachi draws heavily from polka and waltz influences. If you’re looking for something a bit more modern, Mexico is also home to vibrant pop- and rock-music scenes. Try listening to artists like Paulina Rubio, Maná, and Ximena Sariñana. And of course, no exploration of Mexican music would be complete without a few hits from Mexican-American artist, Selena.

5. Plan a trip to Mexico

This last option is admittedly ambitious, but if you have the time, means, and spirit of adventure, why not immerse yourself in Mexican culture? Rich with ecological diversity and vibrant urban spaces, Mexico has an ideal destination for any traveler. Whether you’re enjoying ceviche off the coast of Cancun or exploring the archeological sites of Chichen Itza, connecting with the people and places of Mexico will give you a more nuanced understanding of—and appreciation for—our southern neighbor.

No matter what you have planned for Cinco de Mayo, it’s important to stay mindful of the holiday’s roots. The underdog story of the Battle of Puebla is certainly inspiring, but beyond that, it reflects a spirit of determination, courage, and national pride—and that’s something worth celebrating.