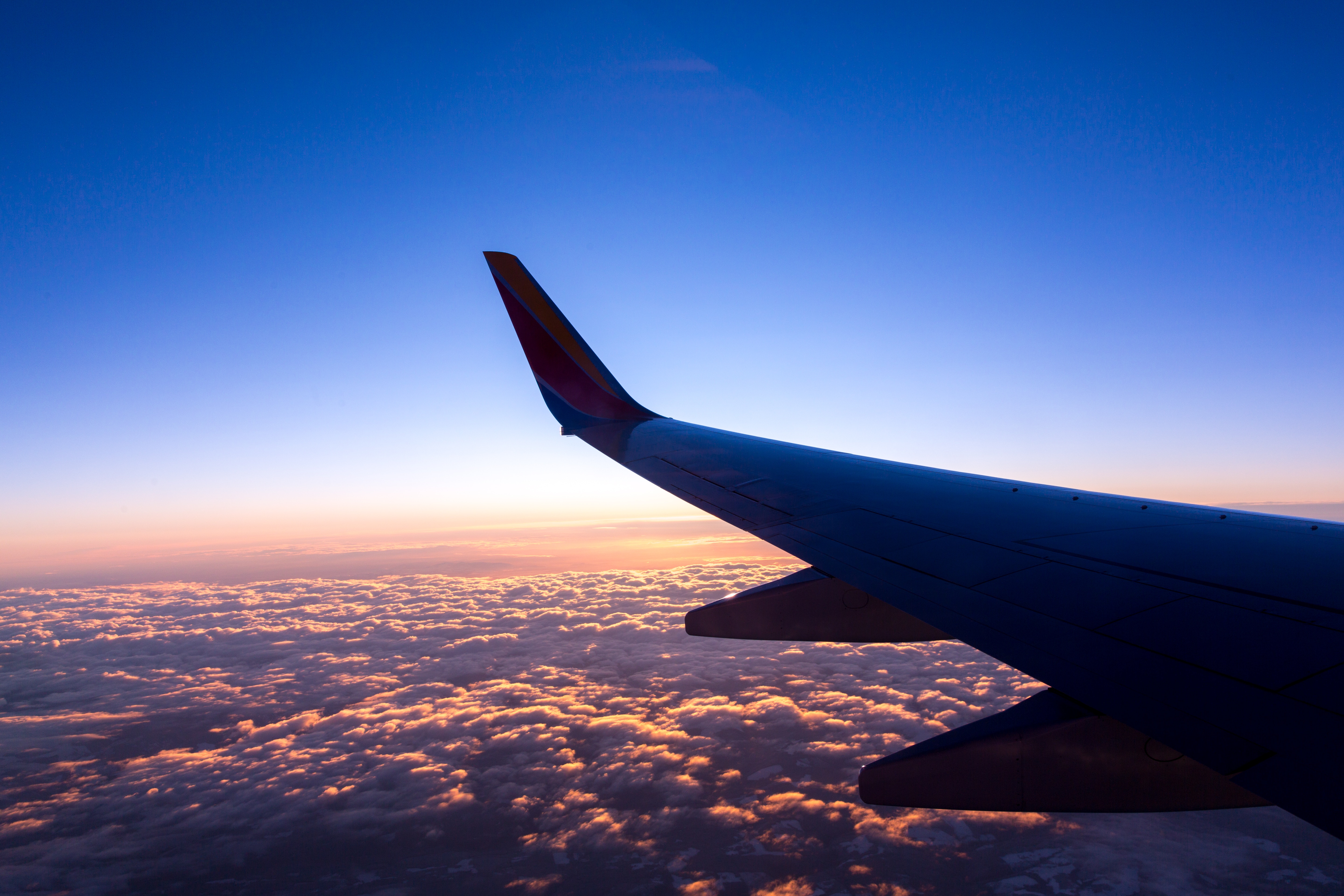 As a passenger who’s been on hundreds of flights, some questions have been accruing. Luckily, commercial airline pilot Oliver Miller is here with us at Seven Corners to clear the “air” and give us a better grip on flying from the perspective of the plane’s front seat.

Oliver trained to become a pilot at Oxford Aviation Academy. He has worked as a pilot for several major airlines and is currently flies for Virgin Atlantic. He’s a world traveler who hopes you enjoy the flight.

Luke: Why is it so important for our seats to be in the upright position when the plane is landing?

Oliver (the pilot): The real reason is if the plane crashes (which normally happens on takeoff or approach to landing — when the seatbelts are on) you might only get a few seconds warning to “BRACE BRACE” or “BRACE FOR IMPACT.” All passengers should then adopt the brace position and if the person in front of you has their seat reclined, you can’t adopt the brace position and your chances of survival reduce.

Luke: What is it about pilots that gives them their pilot-ness? You seem to be a breed of your own!

But then again, I prefer to be the passenger to driver in a car because I’m a space cadet who prefers looking dreamily out the window to concentrating on driving.

Oliver (the pilot): Ultimately flying a plane isn’t much harder than driving a car once you have had all the correct training.

Every pilot starts flying very small planes (lawnmowers with wings), which are very simple and easy with no autopilot. Then, as you feel comfortable, with these you can fly more complicated ones. The raw flying of the bigger planes is actually easier than  smaller ones, but understanding the computers becomes more complicated. At this level, become more of a systems operator and monitor the autopilot.

I am fairly far along the crazy spectrum I suppose — I wingsuit, speed ride/fly, paraglide, ski, kitesurf — I’m willing to try anything.  Some of my colleagues are the opposite and don’t do anything adventurous or sporty.

The best seat on the plane to be a “space cadet” is the front! You have the most amazing seats on the plane with the best view!

Luke: There’s a lot of talk these days about how the future is a future of self-driving cars and self-flying planes. Do you ever see this happening in your lifetime? Are robots destined to take your job?

Oliver (the pilot): With current technology we are definitely not ready for pilotless planes. I was flying the Dreamliner (Boeing 787) which is currently the most advanced passenger plane. On one occasion all three of the computers failed and the autopilot kicked out and we had to manually fly it.

I'm sure in the future we will have drone taxis and everything else. But, I believe that large passenger planes should have at least one human pilot because there are some situations where it's far better that the pilot is on the plane. If the plane is on fire, depressurized, filled with smoke or fumes, or damaged then a real pilot is better placed to assess the situation.

Don’t get me wrong, I do embrace technology, and I can’t wait to have a car that can drive me when I’m tired, but we are a long way off being ready for pilotless planes!

Luke: I always feel pumped up when a whole plane erupts in applause upon landing. Every landing is a gravity defying miracle that for most of human history was only a far-fetched, glorious dream. How do you, as the pilot bringing the plane down, feel about the passengers applauding your landing?

Oliver (the pilot): It is still common on South American flights and some in Europe. I do like to hear applause especially if it was a very windy/difficult landing. On one of my older airplanes — the Boeing 737 — you could hear the applause clearly through the door. On the Boeing 787/747  you cannot hear as much.

Luke: Any tips on getting cheaper flights? Free flights? You must know some tricks, give us the goods, Oliver!

Oliver (the pilot): I use Skyscanner to check prices. The best way to get cheap or free flights is to either work in the industry, or know someone who does so you can travel with staff travel or standby travel.

Luke: My parents remember that back in the day things were a lot more relaxed at airports. They reminisce about the 70s, when fights were cheap, smokers smoked in front, and things were so chill you could give your airline ticket to a friend and they could take your flight instead. We forget that all of today’s security hassle is a relatively recent thing. It seems to only escalate as the years go on. From your perspective is there any hope for that this could move in the other direction?

Oliver (the pilot): Sadly, once rules are made they normally don’t go away. I have in the past had friends in the cockpit for takeoff and landing, but I am not allowed to do that anymore. It’s a shame because it's a very memorable experience — I remember vividly the first time I did it as a kid.

There is technology coming out to scan liquids and determine if they are prohibited. When these scanners are in place at airports we will no longer have the 100ml liquid restrictions.

After September 11th, the searches of pilots and crew were very strict. Thankfully they have relaxed things in the U.S. because we have all undergone very stringent checks to get our IDs. They are less strict than the U.K. security. In the U.K. I need to take all my liquids (which have to be less than 100 ml) out of my bags and my laptops and iPads. In the U.S.A., I can keep everything in my bags and when I walk through the scanners I can leave my shoes, hat, and jacket on.

Luke: What’s the best part of being a pilot?

Oliver (the pilot): I love the lifestyle. Flying off to fun places with a fun crew, partying, exploring, doing sports, getting away from the bad U.K. weather. When I fly to the U.S.A. I normally go wingsuiting. I’m always meeting new people and it often feels like I’m on holiday when I’m actually  working.

Luke: What’s your least favorite part of the job?

Oliver (the pilot): You are often tired.  When you fly home as a long-haul pilot, its normally a night flight and if there are just two pilots,  you both need to be awake the whole flight. So, if you can’t handle nights out of bed,  this isn’t the job for you.

Luke: I remember my first flight. The pilot came out of the cabin he gave me a wings pin that I treasured. No pilots give me wings anymore, but I’m also a 33-year-old man with long hair now … Is this still going on with any airlines? Are kids still getting little wing pins?

Oliver (the pilot): I am not aware of any wings pins.  My other airlines (Ryanair and Norwegian Long-haul) definitely didn’t do anything like this. I now fly for Virgin Atlantic and we give out kids party bags to all the under five-year-olds. They have coloring-in books, crayons and lots of other goodies.  We sometimes have drawing competitions with prizes and certificates.

I have in the past been asked to fill in a child's flying log book with details about the flight.

Thanks to Oliver for spending time with us at Seven Corners. He may just end up as your pilot on your next trip! And before your next long-haul flight, check out these travel tips.