A Guide to Granada 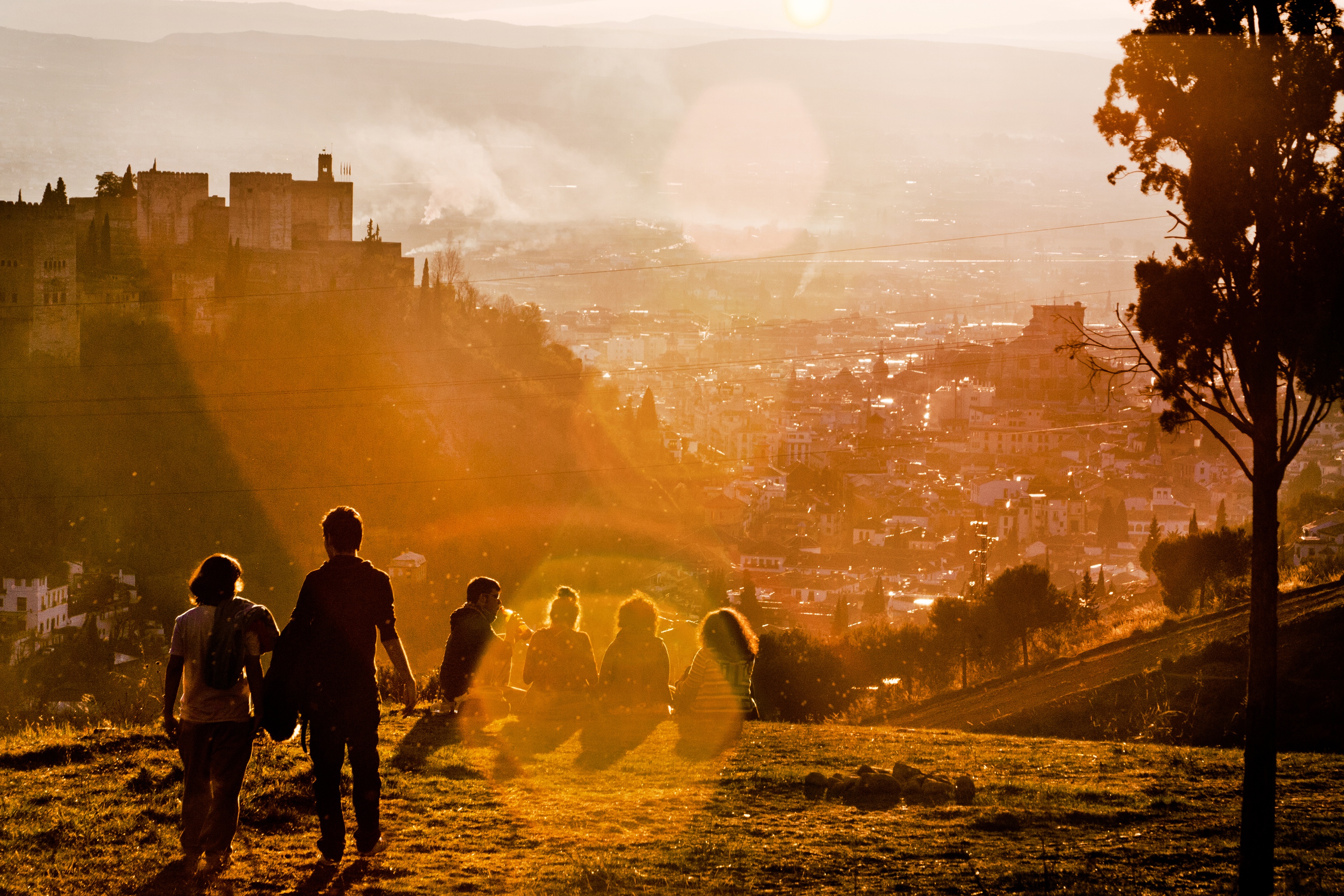 Why Granada?” That’s typically the first question I hear when I talk about the six months I spent in southern Spain. No matter how often I’m asked, I never know where to begin. In part, I chose to go to Granada because I wanted to put my Spanish minor to use. Beyond that, I was interested in the politics that were at play in the sunny Andalusian city. And a large part of my trip was self-serving, too—I wanted to get a better understanding of my own place in history and culture.


With a blend of Muslim, Jewish, and Christian roots, Granada was a melting-pot before the term became popularized. Because of its multicultural past, today’s Granada maintains a strong connection with history. Arabic architecture blends with European cobblestone to create a city brimming with character. As a history buff, I found that the stories told by local guides and by Granada’s city fabric made it a perfect destination.

But perhaps the most characteristic element of Granada was its local culture—one that celebrates art, simplicity, and joy. As an overworked, anxious college student, I wondered if the laidback Andalucian lifestyle was just a stereotype—and I was delighted to find that it wasn’t. While my trip had its share of less-than-glamorous moments, after six months of living, studying, and working in Granada, I found that it was an ideal home-away-from-home for a student like me.

A Taste of Authenticity

One of the best parts about living in Granada was the opportunity to sample Andalusian food. While Spanish cuisine isn’t known for particularly complex flavors, the endless supply of tapas more than made up for it. Tapas are bite sized servings of different kinds of food—think Costco samples, but fancier. In Granada, the majority of local bars offered tapas for free with the order of any drink. During my time abroad, I could order a few drinks over the course of a night and make a dinner out of the tapas provided. What’s more, the tiny samples I received were a perfect introduction to classic Spanish cuisine. If you’re as passionate about snacks as I am, Granada should be at the “tapa” your travel bucket list.

A Glimpse into the Past

Of course, any article about Granada has to mention the Alhambra. Originally built in 899 AD, then renovated and enhanced in the 13th century, the Alhambra is an ornate fortress that once housed the political elite. The Alhambra was intended to be a “paradise on earth” for those who lived there, and even today, that original splendor remains. Detailed mosaics offer bursts of color among the rooms, while intricate stonework contains swirling Arabic phrases, all giving glory to Allah. Although the Alhambra is quite clearly a fortress, it holds a degree of softness that’s often missing in other European fortresses. Sunlight and breezes can pass easily through the Alhambra’s soaring rooms, and fruit trees and fountains decorate the interior gardens. The dizzying beauty of the Alhambra attracts visitors from around the world. Today, the palace is a UNESCO World Heritage site and one of Spain’s most popular attractions.

An Exploration of Culture

While nothing can quite compare to the splendor of the Alhambra, Granada’s Albayzín is the perfect place to discover local culture. This historic neighborhood maintains the narrow, winding streets that first shaped modern Granada, inviting visitors to get lost in Granada’s past. As you wander, you may stumble across a small square with a bubbling fountain, a lively street performer, or a hole-in-the-wall restaurant where you can sample the most authentic local food. You can explore artisan markets to buy tea, clothing, and leather goods. Then, you can try soaking in an Arabic bath—a centuries-old spa where you can relax in heated pools and indulge in aromatherapy and massage.  Of course, no trip to the Albayzín is complete without stopping by the nearby Sacromonte district to watch a traditional Flamenco performance.

A Recognition of Tradition

One of the most memorable experiences I had in Granada was celebrating La Semana Santa, or Holy Week. In the days leading up to Easter, the city streets were filled with processions representing Christ’s life and final days on earth. Volunteers from local Church groups carried ornate floats throughout the city, each bearing life-sized statues of Jesus, Mary, and the saints. Depending on the night, the celebrations were accompanied by the rattling of chains, the burning of incense, or the blaring of trumpets--each with its own symbolic connotation. Holy Week, I learned, is a time to acknowledge, meditate, and grieve Christ’s death, prior to celebrating his resurrection. Throughout Granada, music and somber colors serve as a powerful reminder of Spain’s Catholic traditions.

Beyond La Semana Santa, Granada is home to a number of lively festivities year-round. From the city-wide feria del libro (essentially, a book fair on steroids), to the feast of Corpus Christi, to the Granada Festival of Music and Dance, there are countless opportunities to celebrate Granada’s culture and heritage.

A Spirit of Joy

While Granada is rich with history and tradition, it’s also a city brimming with creativity.  Granada is one of the top Erasmus destinations in Europe, drawing university students from around the world to live and study for months at a time. What’s more, the city has an unmistakably “hippy” vibe. It’s not uncommon to see drum circles, harem pants, and bare feet as you stroll through the streets. Mixed among Granada’s ancient buildings and historic streets are enormous murals by local artist, El Niño de las Pinturas. These murals seek to capture the wonder of childhood and are tucked in lesser-known parts of the city—turning a stroll through the streets into an art-lover’s scavenger hunt.

In the months that I spent exploring Granada, I found that it was the perfect city for a new traveler like me. It was big enough to offer a wide range of activities, but small enough for me to master public transportation within a few days. Its balance of rich history and contemporary culture kept me inspired throughout my stay, and the nearby mountains and beaches offered a wealth of outdoor options. While I certainly missed American food and culture toward the end of my stay, there was something to be said about being surrounded by so much beauty.

There’s a saying that’s often quoted by local Granadinos and tourists alike: no hay en la vida nada como la pena de ser ciego en Granada. When roughly translated, it means “there’s nothing sadder in life than to be blind in Granada.” And once you see the Granada for yourself, there’s a good chance you’ll agree.